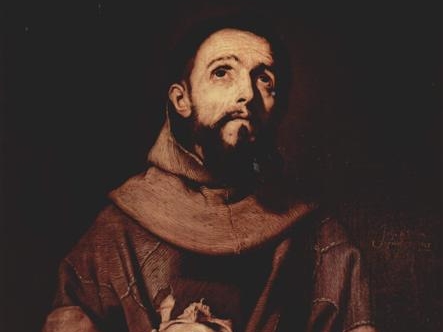 Surrender all to Jesus

Jesus appointed seventy-two other disciples and said to them, “Go on your way; behold, I am sending you like lambs among wolves. Carry no money bag, no sack, no sandals” (Lk 10:3-4).

There are saints in the history of the Church who took the radical call that Jesus gave to the seventy-two. One, who literally followed this command and whose memorial we celebrate today, is St Francis of Assisi. Francis, in his youth, lived a carefree, self absorbed life, experienced pleasures, and sought dreams of glory. Yet, one eventful day, Francis would express the full acceptance of Jesus’ invitation to give everything and follow Jesus. Francis dramatically renounced his clothes and his inheritance publicly such that he was left standing naked before the bishop and his parents. This dramatic act expressed Francis “taking the most rigorous form of the sequela Christi [the following of Christ]… the highest and most rigorous form of asceticism” (Manselli 1988, 59).

This conversion scene is artfully expressed in Franco Zeffirelli’s, Brother Sun Sister Moon, the YouTube link of which is posted below. It is still powerful, as it expresses Francis’ total commitment to give his whole life to Christ. “His supreme choice matured slowly and, clarified by his kiss for the leper, was to move from one part of society to another – from the part that had an orderly family and social system over to the other of the poor, the derelicts, the abandoned. With this renunciation, his choice achieved its ultimate and definitive consummation” (Manselli, 59).

Most historians agree that the act of Francis kissing a leper was the significant event that led to Francis being able to give himself totally to Jesus, because prior to that event, just the sight of lepers repulsed his senses. Francis led a pampered life of the early emerging middle class. The leper represented the complete antithesis of who he was. In the act of embracing that which he abhorred, he became free. Francis loved the leper unconditionally and in so doing encountered Jesus in his distressing disguise of the poor.

Who are the figurative lepers in our life? Who or what is the key barrier(s) between us giving our life totally and wholly to our loving God and Father as Francis did? Jesus, reveal to us, grant us the courage to identify that which we abhor and so empower us that we too may surrender and embrace you in your distressing disguise and so be free to serve you with all our mind, strength, and soul and love our neighbor as our self.

St Francis of Assisi, pray for us!