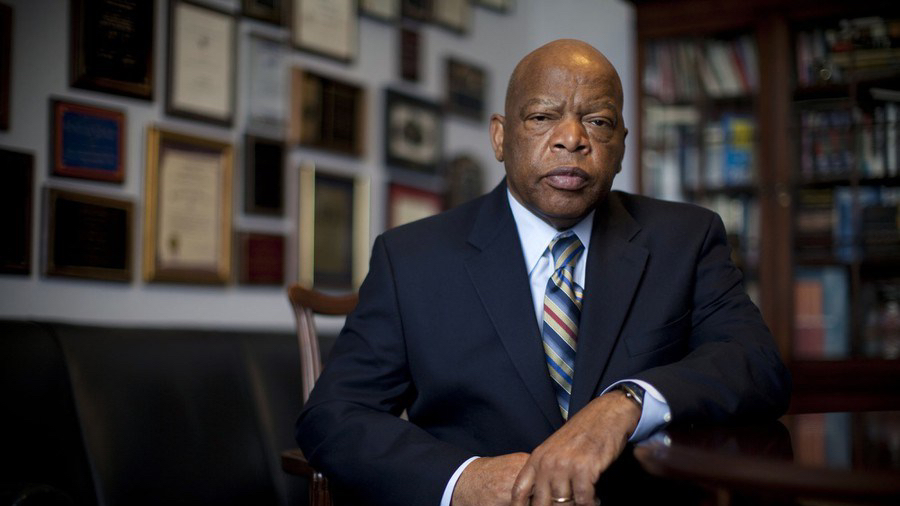 May we continue the work of Rep. John Lewis to build “The Beloved Community.”

The kingdom of heaven may be likened to a man who sowed good seed in his field. While everyone was asleep his enemy came and sowed weeds all through the wheat, and then went off” (Mt 13: 24-26).

The enemy in the parable we attribute to being Satan. In Hebrew, Satan means adversary or one who opposes. Satan is not a god or Demi-god, nor did God create Satan. He created a high arch-angel named Lucifer, just as he did with Michael, Gabriel, and Rafael. Lucifer opposed the will of God and took the stance of being his adversary. Satan seeks to bring about disunity and division.

God seeks to bring about unity and communion.

God did not nor does he create evil. God did not create Satan. Yet he allows evil. God did not create this pandemic, the division, nor the biases and racist attitudes some of us hold. Yet, he does allow these distortions of the good he promotes and invites us to participate in. Why? Because he loves us so much, angels and humans alike, that he is willing to risk that we will reject him. God is not a tyrant or a dictator. God loves us and wants us to choose him freely.

As humans, unlike wheat and weeds, we can change, we can mature, we can repent from our times of saying no and choose to say yes and walk a little closer with God.

Probably the most honest prayer that I ever prayed happened after I overheard my parents deciding to get a divorce. I was about seven or eight. I told God in no uncertain terms, that if he allowed this to happen we would be through. I walked away from God, but he never left me.

Through small ways, God continually reached out to me and during my late teens, I started to say yes again to his invitations. God encourages and invites each of us, just like a parent before his or her child. A mother or father encourages their small child to come to a wobbly stand and then to begin to take those first steps. If the child crawls away, the parent will go around and again meet the child in this intimate dance of love between the two that will eventually lead to the child learning to walk.

So, it is with our relationship with God. He has sent his Son to be one with us in our humanity so that we can become one with him in his divinity and share the infinite love between them who is the Holy Spirit. God is ever patient and ever-present. Yet, we often do not experience him in our lives, because we are preoccupied. We are distracted and diverted by so many other things or we are let down and disillusioned.

Last April or May when we first received the diagnosis that JoAnn, my wife, not only had pancreatic cancer but that it had spread throughout her abdominal region. The prognosis did not look good, I said, “Here we are again God.”

This time I was not angry. JoAnn and I both received the grace of his peace and the closeness of his presence because we did not turn away from him, even though the outcome was not what either of us wanted. This wasn’t fair, this was a devastating reality, but we decided to accept what was before us and decided not to take the time we were given for granted. We were then blessed with four months of love and closeness.

From this experience and others, I have realized that there is very little that we are in control of in our lives. But we can decide how we are going to live our lives no matter the external circumstances that surround us.

Jesus invites us to be like wheat. We are invited to grow where we have been planted, to mature, and to bear fruit that will become the seed to be sown in the lives of others. By our willingness to will the good of each other, we love as God loves us.

Representative John Lewis, who passed away yesterday at 80, certainly embodied this way of living. He was moved since his teens to put his faith into action and dedicated his life to building in his words “The Beloved Community.” To attain this goal he said, “[W]e must find a way to say to people that we must lay down the burden of hate.”

We can do so when we are more mindful of our thoughts, words, and actions. Will each be hurtful and dehumanizing or empowering and loving? Will we seek to divide and isolate or to unite and bring people together? Will we choose to be weeds that choke and kill or healthy wheat that nourish and give life?

When we choose to be wheat, the Holy Spirit will help us despite our weaknesses to be models of hope. We can then encourage each other to turn away from entertaining demeaning and hateful attitudes and actions to committing instead to thinking, speaking, and acting toward ourselves and each other in ways that are kinder, more understanding, and compassionate.