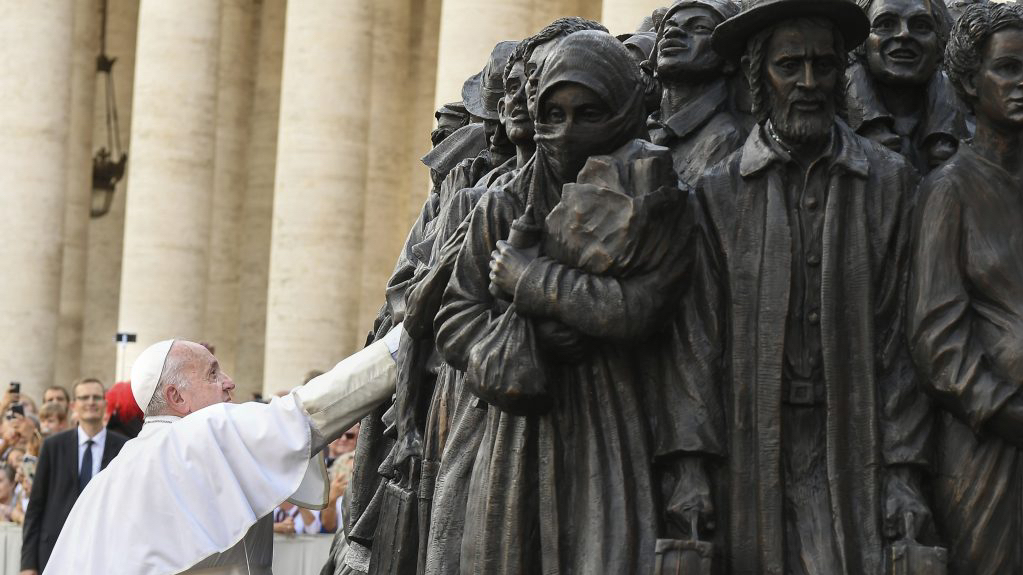 We too are to follow the words of Jesus, “Go and do likewise.”

This question of the scholar of the law lines up with Peter’s question: “Lord, if my brother sins against me, how often must I forgive him. As many as seven times” (Mt 18:21)? Both the scholar and Peter knew the letter of the law but sought justification in following a minimalist approach to putting the law into practice. Jesus invites us to a deeper appreciation of the purpose of the law of God and that is to uphold the dignity of each person. Laws can be certainly unjust, and a mere following of the law for the law’s sake can wreak havoc.

Jesus made this point when he was challenged for even thinking that he would heal someone on the Sabbath when he said: “The Sabbath was made for man, not man for the Sabbath” (Mk 2:27). Time and again Jesus is calling us to have the courage to resist keeping others at arm’s length. He is calling us to risk assuming a stance of understanding, taking time to listen, and be present to, as well as accompany those we encounter.

The Samaritan did just that. The Jericho road was known for attacks just as the one suffered by the man who was left for dead. The priest and Levite may not have stopped to help because they might have thought the man was faking, or in the time they took to care for the man those that harmed him could have returned to abuse them. We don’t know the reason they continued on, because it was Jesus’ parable and he did not tell us. What we do know is that they did not stop to help, but the Samaritan did.

When Jesus asked who was the neighbor to the man robbed and beaten, the scholar said, “The one who treated him with mercy.” The scholar could not bring himself to say the Samaritan, as the Jews and Samaritans had a long-standing agreement of mutual loathing. Jesus himself sought hospitality from a Samaritan home, did not receive the invitation, and James and John were quick to implore God to send fire to destroy them and Jesus refused to entertain their condemnation.

Before we discuss or implore our lawmakers to enact policies to address such life issues as the unborn, people on death row, immigrants and refugees fleeing violence from Mexico and Central America, Syria and other violent-torn regions, those seeking hope and a better life, children who have made a life here and this is the only home they know, oil corporations laying pipelines that threaten clean water resources and disregarding indigenous people’s rights, opening up dialogue with the LGBT community who have felt like they have been treated like dirt, people of color who have been humiliated, profiled, and lost their lives, and too many forgotten in rural and urban America, we may want to read today’s Gospel account of the parable of the Good Samaritan again, slowly and prayerfully (Lk 10:25-37).

Pope Francis said in a homily last September, “Loving our neighbor means feeling compassion for the sufferings of our brothers and sisters, drawing close to them, touching their sores and sharing their stories, and thus manifesting concretely God’s tender love for them.” Many human beings who feel demeaned, dehumanized, lost, and afraid are our neighbors. They are wounded and in need.

Will we, like the priest or the Levite just walk on the other side of the road, indifferent or afraid; will we dig in our heels and embrace our fears and prejudices; or will we have the courage to show forgiveness, mercy, compassion, understanding and accompany those in need that God has brought before us? The scholar said the neighbor was the one who showed mercy. Jesus’ response to him is the same to us: “Go and do likewise.”